The part-time form of the study is headed by the Vice-Rector of Part-time Study, Distance Learning and Postgraduate Education PhD in Pedagogics Demianchuk T. O. 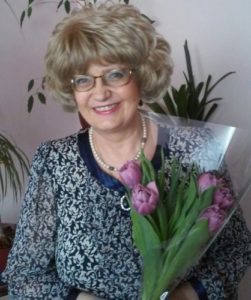 For the first time, training without separation from production was conducted at the Faculty of Pedagogics and Faculty of Economics in 1993. During this time, more than three thousand teachers have been trained in these faculties to work in schools and other educational institutions; more than two thousand financiers and managers working in various financial institutions: taxes, exchequers, insurance companies, financial departments and state trust funds (pension, social protection, social insurance), in antimonopoly committees, enterprises and private firms. Some graduates have secured a job for themselves - they have become entrepreneurs by starting their own firms.

In 1994, the enrolment on the Faculty of History and Philology was in 1999. The first philology diplomas received 47 students. In 2009, a master course was opened where 20 students studied.

In 2003, for the first time specialists of the part-time form of study of the Faculty of Health, Physical Education and Sports were graduated. Today, more than a thousand graduates of this faculty work as specialists in the field of physical education and sports and physical rehabilitation. In 2005, a master course in Physical Rehabilitation was opened, where 25 students studied and 10 students in Physical Education.

At the Faculty of Cybernetics the first diplomas in informatics and applied mathematics received students of the part-time form of study in 2005, and since 2009 a master course have been working in speciality "Informatics" (licensed amount of 20 students).

At the Faculty of Journalism the recruitment was conducted in 2004. In 2010 a master course was opened. The graduates of the faculty work in republican and regional TV channels and many all-Ukrainian print editions.

The history of Faculty of Law begins in 2007, where 200 students became Bachelors, most of which have already been employed in the speciality.

Students of the part-time department are engaged in scientific work. The materials of their scientific researches have been published not only in the collections of articles by young scholars of the University, but also in other collections of All-Ukrainian conferences and scientific journals.

More than ten graduates have become lecturers of our educational institution and continue the scientific activity which they began in the walls of the University as students. In 1999, graduate Nazarevych Viktoriia Viacheslavivna was the first among graduates of part-time department who defended her PhD thesis in Psychology; 2001 graduate Ternovyk Nataliia Anatoliivna defended her PhD thesis in Psychology, and Romanova Viktoriia Ivanivna graduated in 2004 and defended her dissertation and became a PhD in Physical Education and Sports. Moroz Oksana Ivanivna and Yatsiuryk Alla Oleksandrivna graduated in 2004 and defended their dissertations in Psychology.

The University is proud of the success of student-athletes who have achieved significant results in international competitions. Among them:

The University is proud of its graduates:

Today, 3252 students in 115 groups study on the part-time form of study. The list of specialities is expanding. While 24 years ago, only three specialities were trained at the part-time department and now, in 2016, there are 13 specialisations.