We are in social networks

If you are creative, confident in yourself, you want to reach the top not only in education but also in art - the Aesthetic and Civic Education of the University’s Students Youth Centre (ACEUSY) at the Academician Stepan Demianchuk IUEH" is waiting for you!!! Here you can realise, develop and improve your artistic skills and talents in various amateur teams of the University. 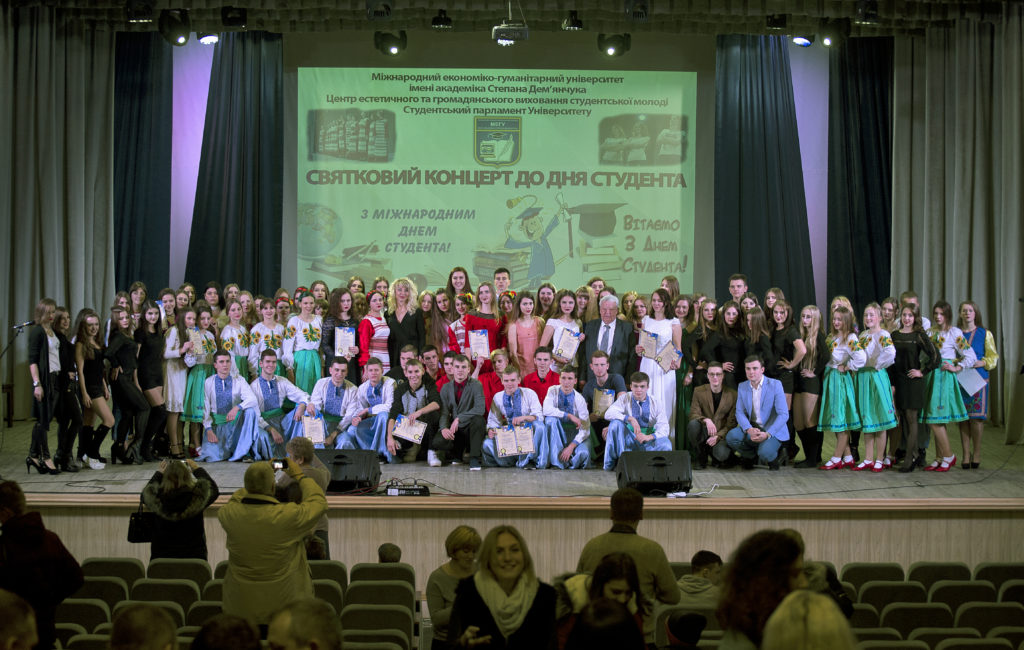 Today at the University much attention is paid to the aesthetic education and the leisure organisation for young people. ACEUSY Centre at the "Academician Stepan Deianchuk IUEH" is an University centre of youth leisure, which supports, develops and deepens creative abilities, artistic talents and amateurism of student youth, organises work of amateur groups, circles of interests. The activity of the centre is aimed at forming national consciousness, high aesthetic taste, responds to various requests of students of the University.

So, Let me introduce you to …

The Bohdan Denysiuk National Student Theatre ”Bryz (Breeze)”. The Theatre was founded in November 2001 by PhD in Philology, Associate Professor of the Department of Ukrainian Literature Bohdan Yuriievych Denysiuk. The first actors in the theatre were students of the Faculty of History and Philology. During the first theatrical season, the following performances were staged: “On the Blood Field” - based on the drama by Lesia Ukrainka, “Polishchuk” - based on the story by B. Shved. In 2002-2003 a film based on Ye. Kravchenka's comedy "The Wedding" was filmed in collaboration with the STRC at the Ethnographic Museum in Sarny. In 2002-2003 two more films were made. 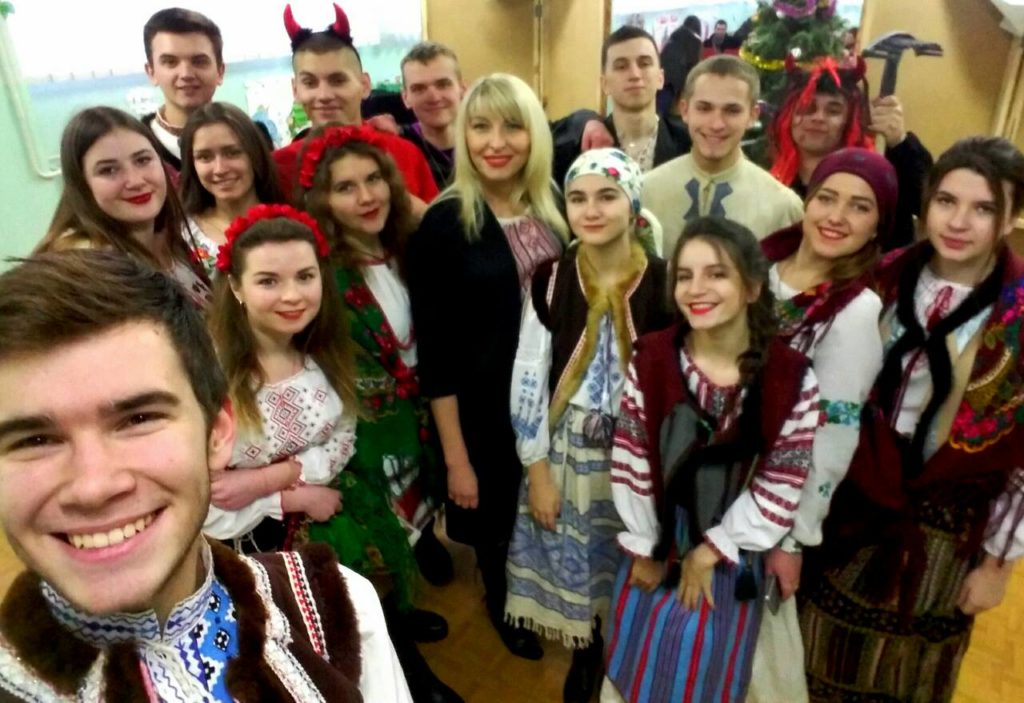 At the same time, the theatre was awarded with the title of National. National Student Theatre "Bryz (Breeze)" is the winner of the Grand Prix at the All-Ukrainian Theatre Forum - 2005, winner of the XV All-Ukrainian Theatre Arts Festival "From Hipanis to Borysfen" (Ochakiv, June 2010), winner of the International Theatre Festival "ifas" (Pardubice, Czech Republic, September 2010), winner of the Grand Prix at the festival of variety songs and theatre art "Spivohrai" (Feodosia, October 2010). Three actors have been recognised for their acting skills. In January 2011, the Academic Council of the University named the National Student Theatre "Bryz (Breeze)" after Bohdan Denysiuk. Today the repertoire of the theatre has about 20 performances. The actors of the theatre are students of all faculties. 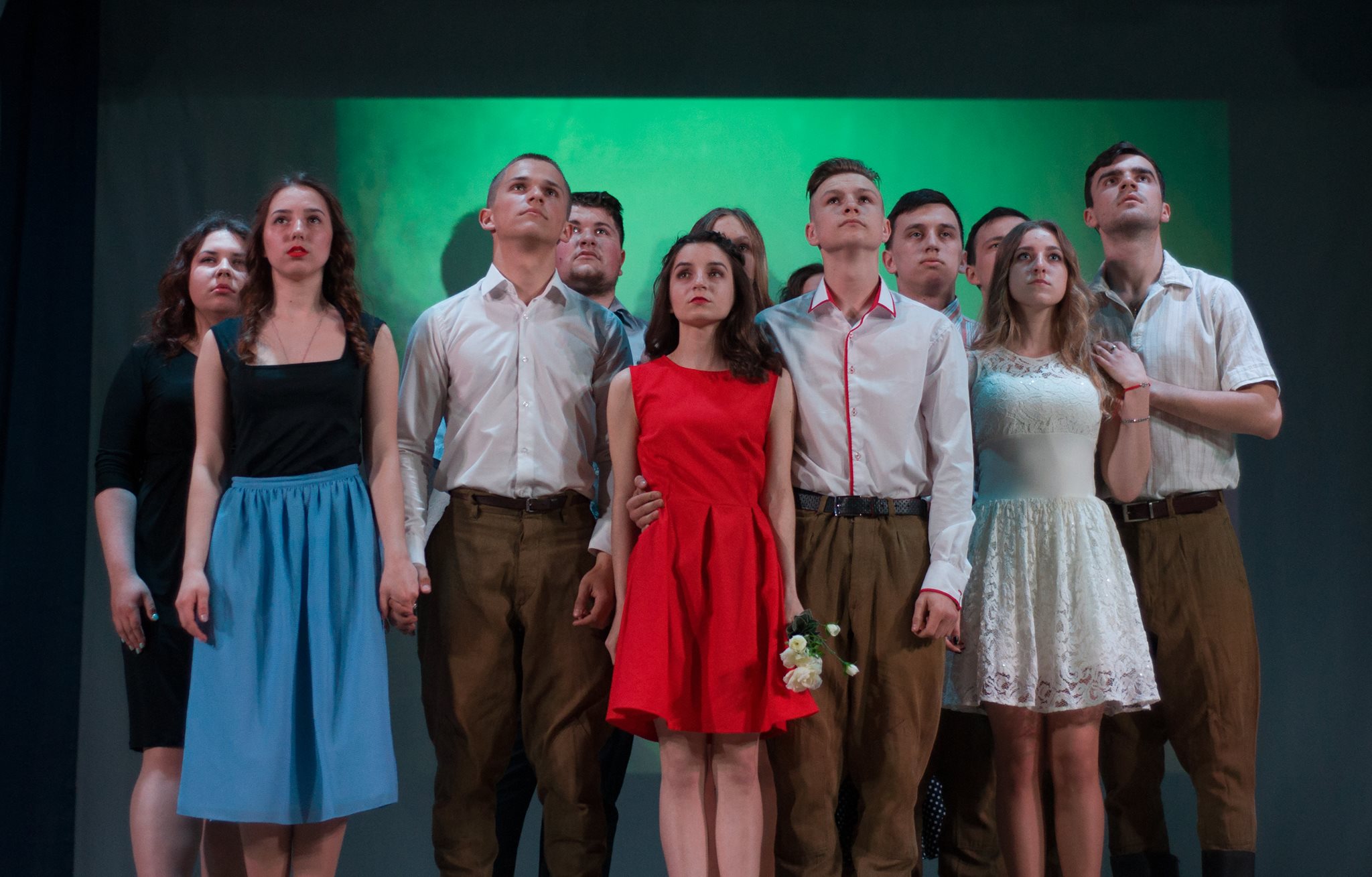 The Ensemble of Folk Music and Dance "Zoretsvit". Winner of international competitions and festivals. Promotes Ukrainian folk music among Academician Stepan Demianchuk IUEH students. "Zoretsvit" constantly participates in many events of our University and city holidays. 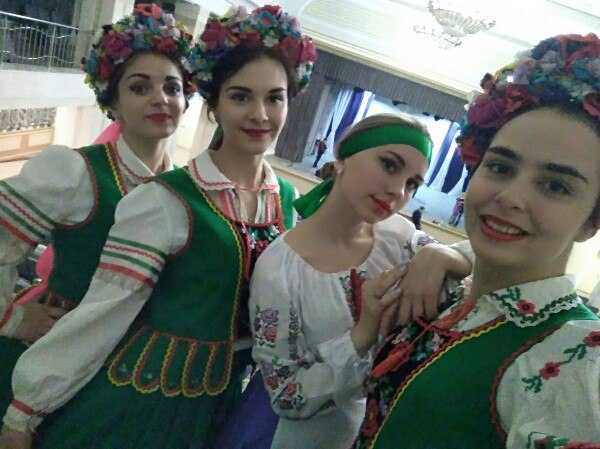 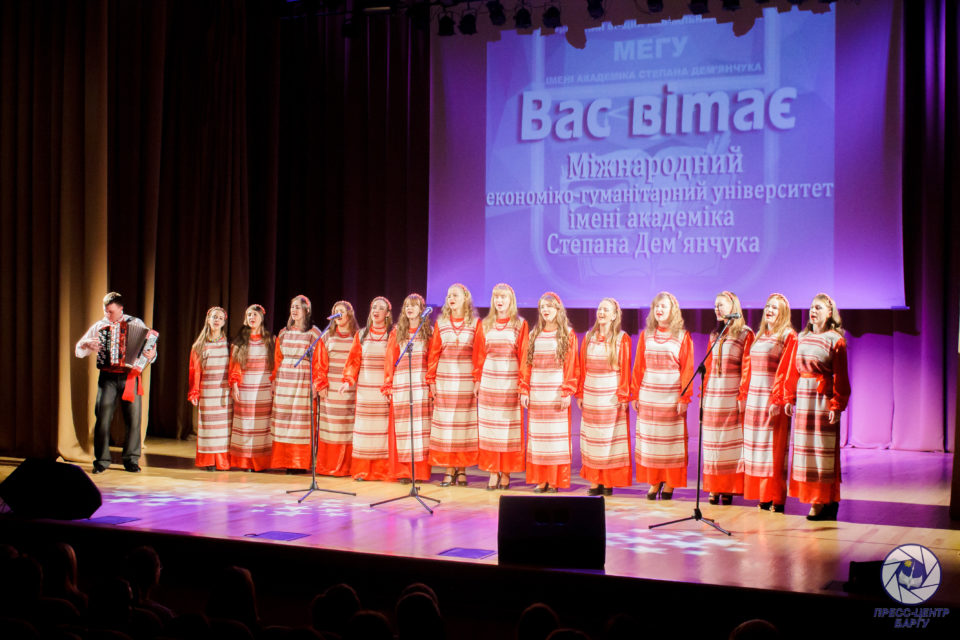 and Yuliia Holovadchyk are some of the few masters of their genre. Many reputable organisations value the professionalism of our leaders, invite them to international competitions as judges and especially distinguished guests. 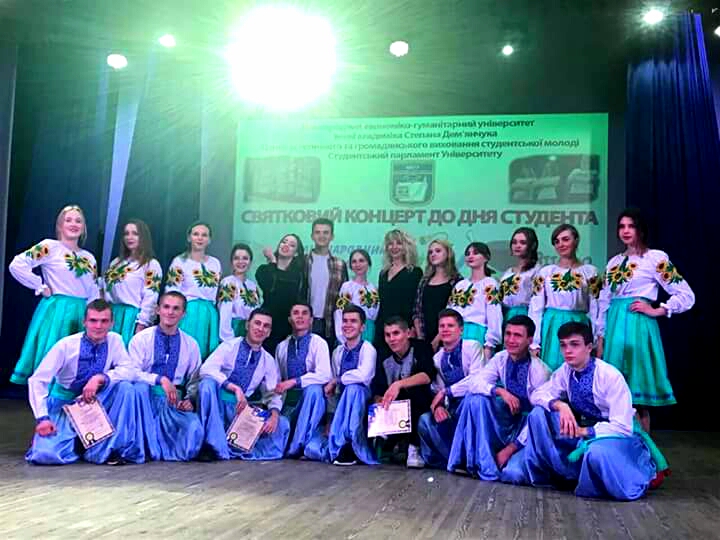 The Contemporary Dance Ensemble "Inside". The team leader is Tetiana Pukhalska. The ensemble have repeatedly won various national competitions and competitions in contemporary choreography. The first serious test took place in Kharkiv on November 18, 2010, taking part in the Third International Dance Festival "ART-BOMB". Teams from Russia, Poland, Czech Republic, Bulgaria, Odessa, Ternopil, Khmelnitsky, Kiev participated in the competition. “Inside” worthily presented the Academician Stepan Demianchuk IUEH, winning the fourth place! Students of the ensemble Kulyk Antonina, Chebykina Viktoriia, Hutiuk Yuliia, Bilets Iryna,  Yelizarova Kateryna, Tyshchuk Iryna, Voitkevychus Tetiana,  Malinovska Nataliia are participants of the «МАЙDAH’S-2» project. The team is headed by Tetiana Pukhalska, one of the top 100 dancers in Ukraine. She won this title last year in the All-Ukrainian project “Tantsiuiut vsi! (Everybody Dance!)”. And it's not her only merit. Tetiana successfully defends the title of the best dancer in various competitions in contemporary dance. Perhaps, under the guidance of such a professional and titular leader, many University students are eager to work, after all “Inside” is the largest group among all ensembles at the ACEUSY Centre. 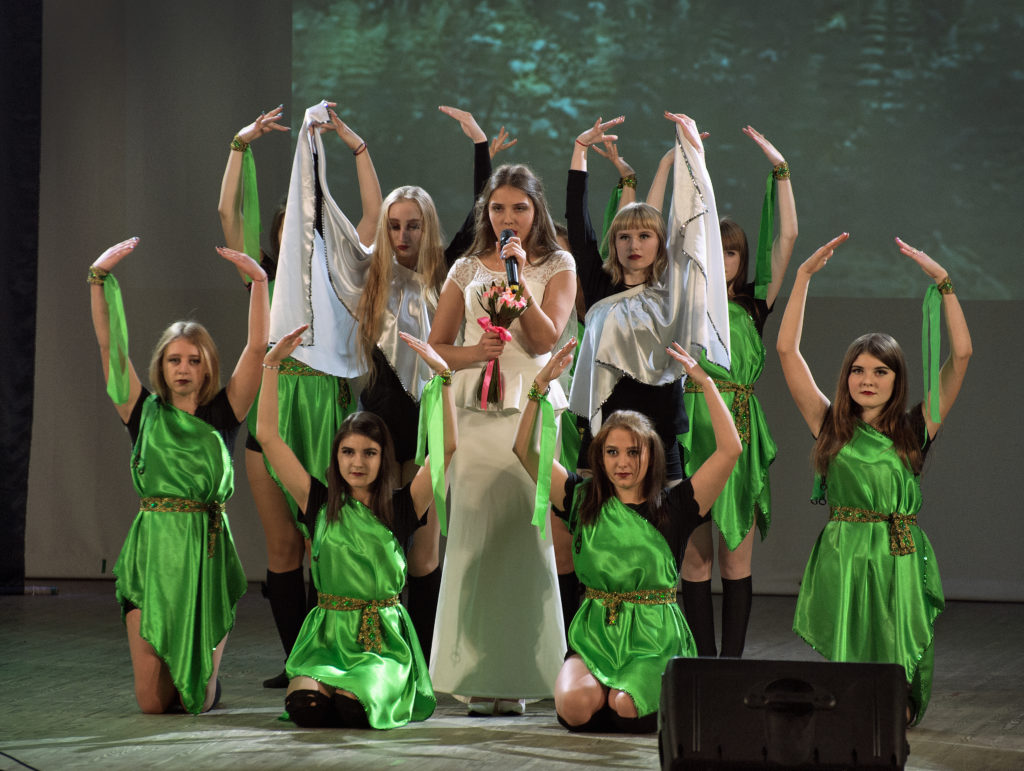 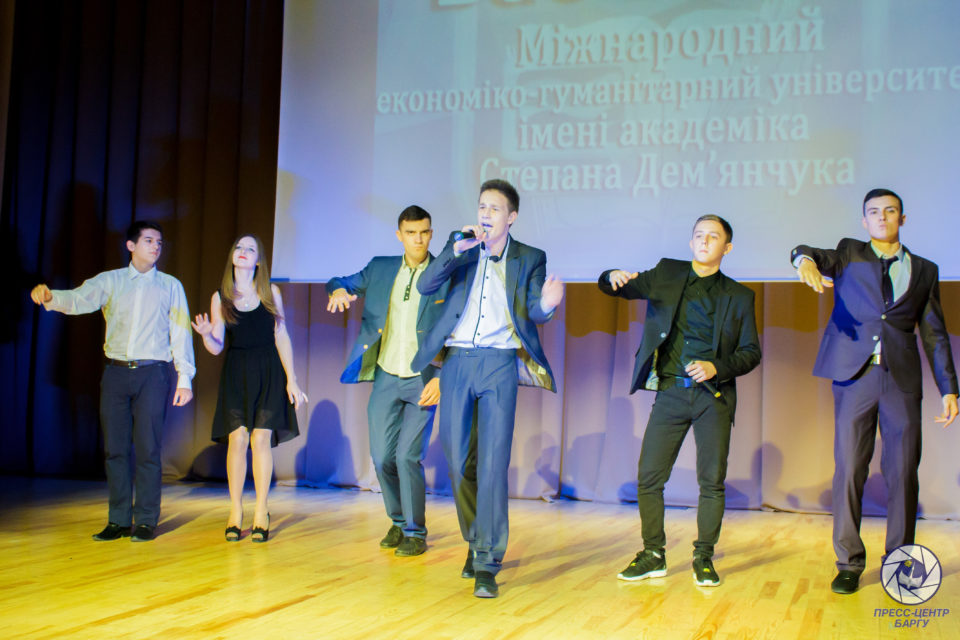 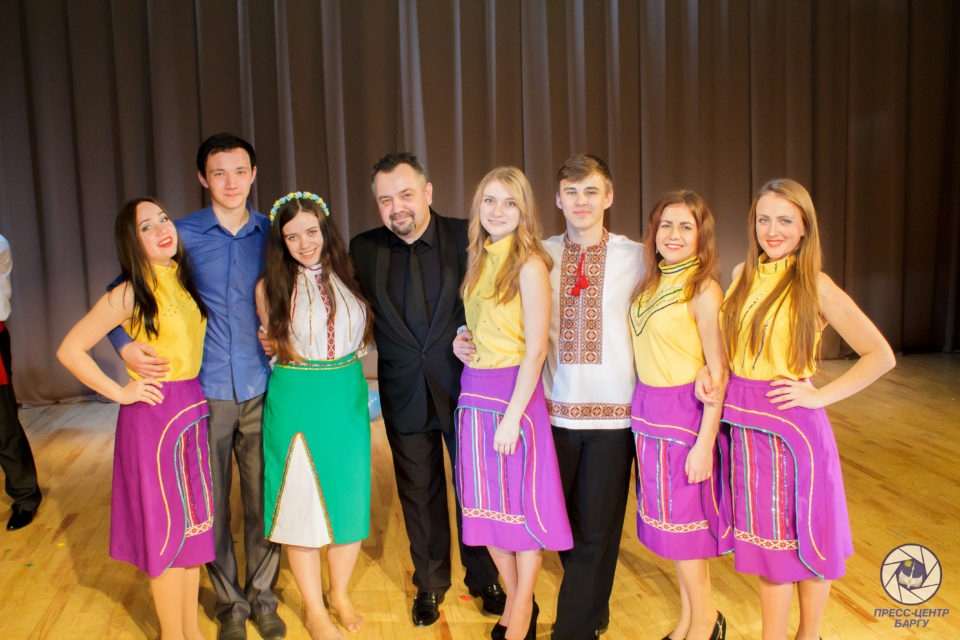 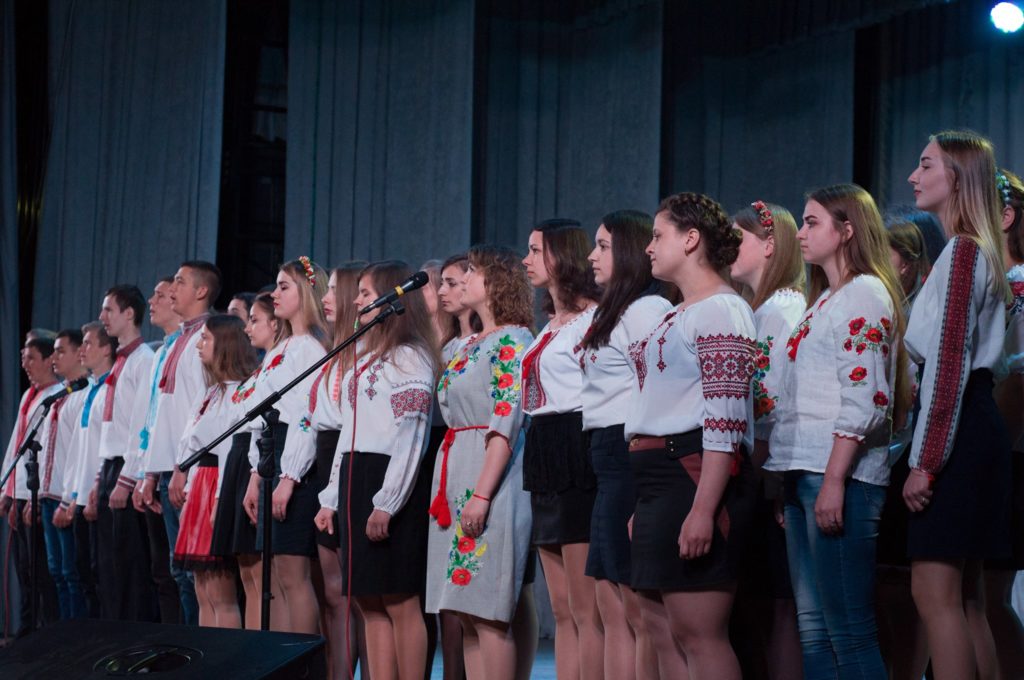 Mykhailo Fiskovych is the head of the Variety Department. He teaches and develops the vocal abilities of our students. More than once, his students were the winners of students' competitions. They are constantly involved in city events - City Day, Youth Day, New Year's Eve, Student Day, Europe Day, Student Spring and many more. Often the vocal studio soloists can be seen in various urban and television shows of Ukraine, in projects "Ukraine Has Talent" and "X-Factor". 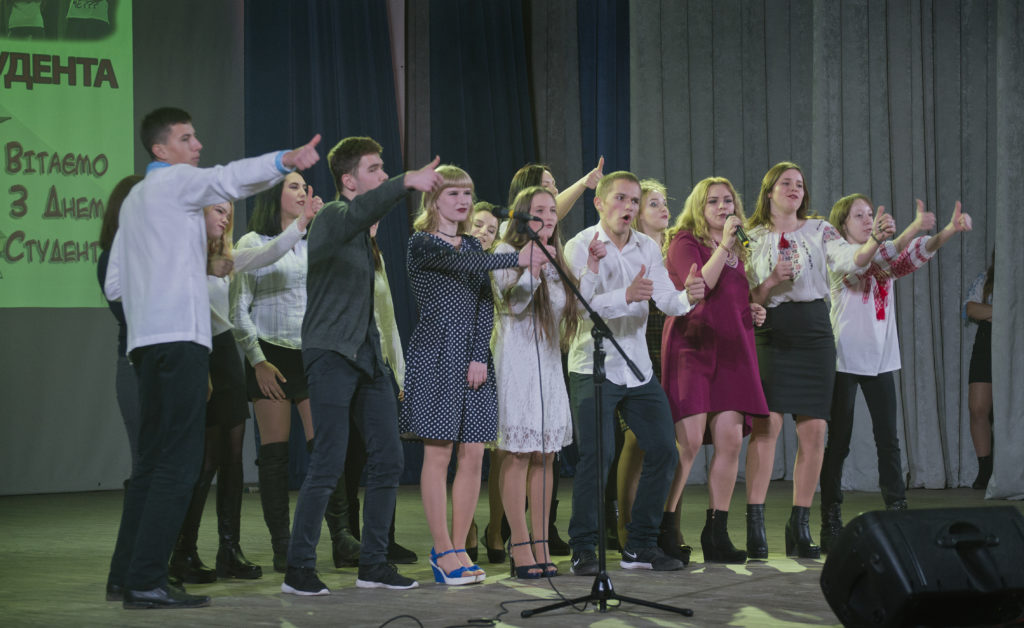 Perhaps it is at the University ACEUSY Centre where your abilities and creativity as a future "star" will be revealed!!!

We are waiting for you!!!